After the busyness of Seville it was lovely to pick up a rental car and drive out into the country.  This area of Spain is known as Andalusia.  It is dotted with Pueblos Blanco (white villages).  There were so many beautiful villages, olive groves, lemon and orange trees on our drive.  We stopped at four of the white villages.  Our first stop was Olvera!  It was impressive looking from the road and even more so from the top of the arab castle located on the top of the hill.

Approaching the white village of Olvera.

We climbed up to see the cathedral and Arab castle at the top.

The Arab castle was built in the 12th century on this strategic rock giving it the capability to communicate with other nearby castles through signals.

The view from the top.

My poor boy broke his finger a few weeks before our trip.  Also these stairs back down were very tight and a little sketchy.

Olvera was so pretty.

Our next stop was the wacky Sentinel de las Bodegas.  It is built into rock walls and enlarging natural caves.  Pretty cool to walk around in.

We stayed the night here in Ronda.  This place was outstanding!  The stuff of movies.  This is the Puente Nuevo Bridge that separates the old Moorish quarter from the new city that was built after the Christian reconquest.  We hiked down towards El Tajo Gorge for these fantastic views of the bridge and village.

I discovered these sweet treats in Seville and couldn’t stop eating them for the rest of the trip.  Also the jamon sandwiches (below) were amazing!

After spending the day in Ronda we made it to the coast in time for sunset.  This is Nerja – known as the Balcony of Europe.  Stunning! 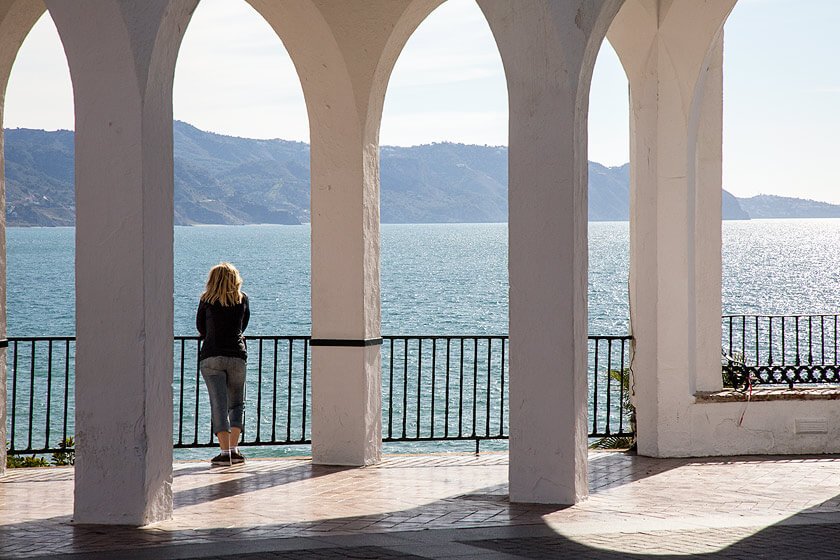 The next morning we walked around the beach and checked out the rock formations.  The boys went off for some gelato and I explored by myself for awhile – sublime.

No products in the cart.